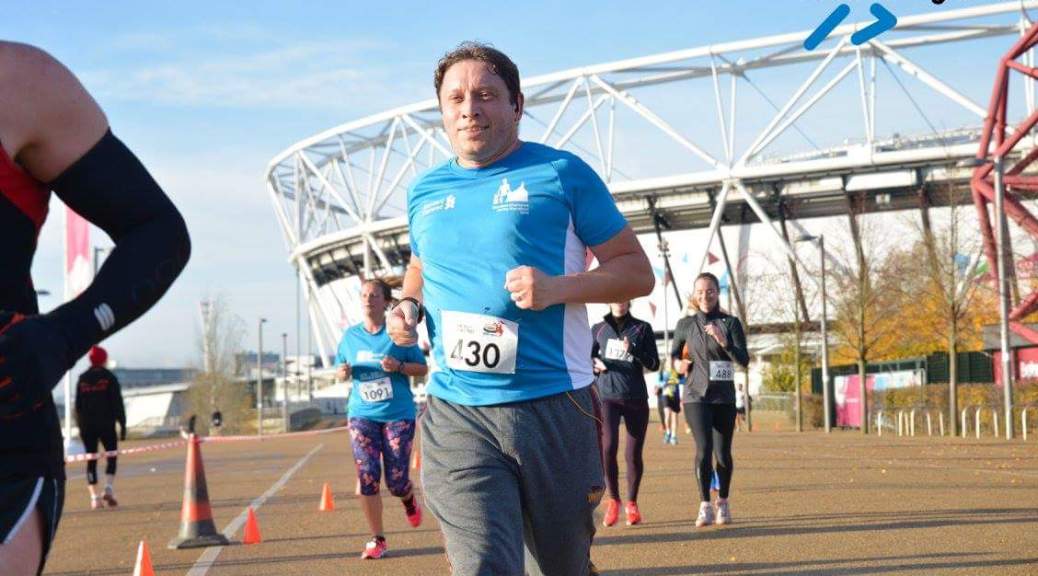 A little over a week ago when I last wrote something here I said I was hoping for one, maybe two sub-55 minute runs this past weekend. Well I had one but it was a good couple of minutes below that.

Saturday’s run was a new one to me and it was Greenwich Park that would be the venue for my first 10k of this weekend.
On walking to the race start I discovered pretty quickly that the course wasn’t just slightly undulating. It was really hilly, properly lumpy both upwards and down.

At the start Peter of the Mornington Chasers club was on hand to keep spirits high. He’s always good fun and helps build an atmosphere even when we all know we’re going to be suffering soon.

The run saw me following different people as and when the mood took me but I was generally moving forward fairly well. Although I hated them, the uphill sections probably saw me gain a fair little lumps of time on those around me too.

Despite my body complaining about it bitterly and despite a less than perfect looking time – although my opinion has mellowed on my time since finishing – I finished well and came in around 56 and a half minutes, having run the whole way. Given the course I think that was OK.

After the previous day’s race, I didn’t feel brilliant on Sunday morning. I had a pretty sore right calf muscle and two stiff and sore ankles. I knew lots of determination would be necessary to see me run the whole thing, but if I could do that then who knew what was possible.

I really like this particular version of the Olympic Park course. Leave the start, turn right across a bridge, in front of the Aquatic Centre, towards the back of the stadium navigating a couple of pavements and a short gravel section, loop back away from the park again around the front between the park and the Westfield centre, up the main path towards the London Stadium but turn right along the path, around a patch of grass at the far end and return towards the Arcelor Mittal Orbit going round the back of it then down the side to return towards the finish area. That’s 5k and we did two of those.

The appeal of the course is the lack of long dull straights. Yeah the decent and climb up towards John Lewis and the new tower being built is quite long-ish but once again the climb felt OK and was a place to gain time. 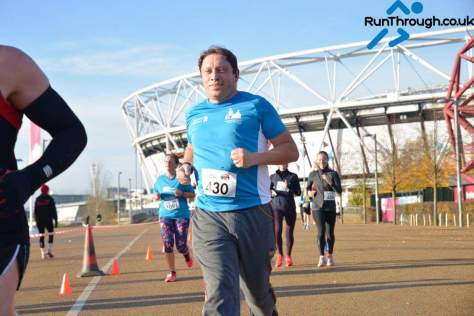 For once, I think I paced myself really well. Most of the first half saw me on 26 minute pace for 5k although in the opening bit of lap two this slipped a little to a mid-53 minute 10k. I obviously kept enough back because I joined a right old tear up towards the finish. I was accelerating through the last kilometer and caught someone on the final straight, except he tried to hold me off by speeding up too. We both caught up another guy who didn’t fancy being beaten that day either.

So all three of us came steaming in to the finish at sprinting speeds nearly flattening a couple of people but the results showed I won that little battle. It was good fun.

What the results also showed was that my acceleration brought me over the line at 52:18, my second fastest 10k race ever and my best since Regent’s Park this time last year. A time beyond what I’d dared hope for but one I loved achieving.

Perhaps most importantly I justified my inclusion in the Elite race. They had a mass participation event as well which had maybe twice as many competitors but those expecting faster than 55 minutes were put in with the properly fast guys. While I struggle to think of myself as an “Elite” my 52 minute time justified my place. Whatever I think, I did belong with the elites on this day.

Now time to enjoy a little time without a run more stressful than Parkrun.

Another fall this week but nothing of any great significance. 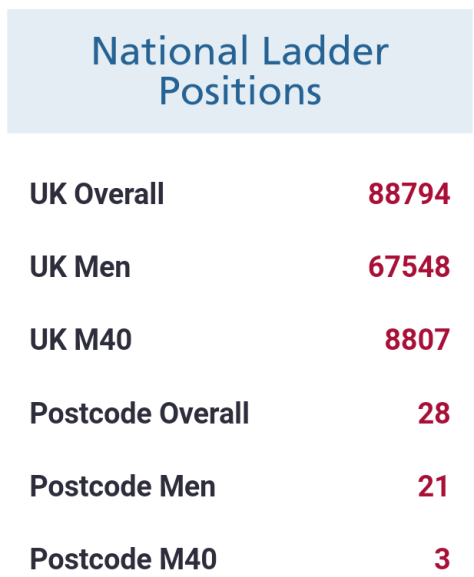 I think today I finally feel as though the marathon and everything around it is finally behind me. It’s taken a while and wasn’t helped by the two injuries I picked up during training, one of which seems to still be hanging about but I think I may be there.

Jersey parkrun #61 was today’s run and whilst right now I have a fairly sore heel and foot I’m really happy with everything achieved. It was a 5k in a perfectly fine 25:25 – my 14th fastest 5k ever. Not amazing in itself but what it’s meant to me today is that while I know I’m not as fit as I could be I know I’ve got both endurance and speed to get strong times.

So next week brings two runs, both 10ks. One around Greenwich Park and another around the Queen Elizabeth Olympic Park. I’m looking forward to them. I’m not expecting a near 50 minute time like this time last year at Regent’s Park but I’m expecting sub-55 for sure. For one of them at least, both would be awesome and a brilliant start to training for my next half marathon.

Bit more of a drop, although it does beg the question why another ranking update was necessary so soon after the one on 20 November. 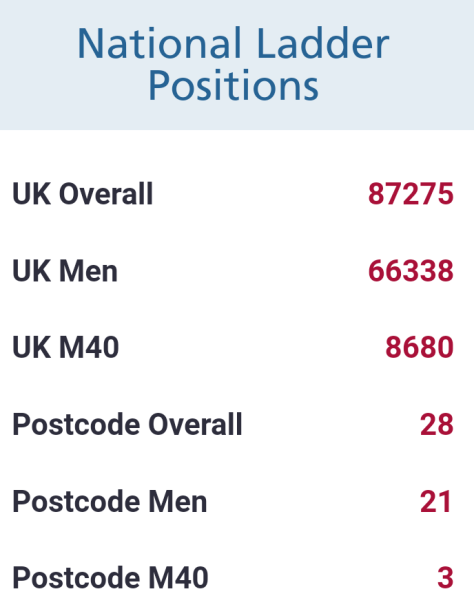